The Drivers’ Championship went to the super-consistent Jan Korbs, and Alxander Spetz achieved the most race wins, pole positions and fastest laps of anybody to take RLR eSports to the Teams’ title.

RLR eSports marked itself out as a favourite for the ARL Prototype Series LMP1 crown at the outset, although there were bumps in the road, as Korbs succumbed to the pressure in the Le Mans round, unforced errors putting him well and truly on the backfoot.

The experience led to a change of tact, as consistent points finishes became the priority, but Korbs perfected his car’s setup and went on to achieve three wins and three podiums in the six races that followed to clinch the Drivers’ crown.

“I’m very happy and proud to have won the Apex Racing League Prototype Series,” said Korbs. “My teammate Alx (Spetz) made a huge contribution to the car setups and results, and that ultimately took us to both the Drivers’ and Teams’ titles.

“The constant support and help from the RLR Abruzzi eSports team is greatly appreciated, and I would also like to thank ARL for hosting a professional LMP1 league – they’re difficult to find – and Wave Italy for sponsoring our season. I look forward to receiving the pedals!”

Spetz, meanwhile, scored four victories, six pole positions and seven fastest laps over the course of the season, but retirements prevented him from mounting a sustained title challenge and he was resigned to fourth in the definitive classification.

“There were many highlights and my pace was outstanding in every round, but there were also retirements and they meant I was unable to win the Drivers’ Championship,” said Spetz. “Despite that, I’m really happy that I could take RLR Abruzzi eSports to the Apex Racing League Prototype Series Teams’ title and that Jan (Korbs) was able to take a brilliant victory. It’s a spectacular team result.” 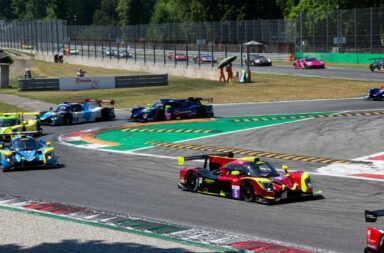