RLR MSport is bullishly pursuing a podium result in the 2021 European Le Mans Series (ELMS) 4 Hours of Le Castellet (4-6 June) as it seeks redemption for its nil point score at the Red Bull Ring.

The Motul-powered team has had mixed fortunes in the first two rounds of the season; it started 2021 on the Circuit de Barcelona-Catalunya podium and had the pace to breach the top three again at the Red Bull Ring, only to be unceremoniously punted out of the race by an over-exuberant rival.

A DNF in Austria was undeniably a blow to RLR MSport’s hopes of repossessing the ELMS LMP3 crown, but the team remains upbeat about its prospects, particularly at Circuit Paul Ricard where in 2017 Alex Kapadia drove off into the distance, and in 2018 the team began its championship year with a victory.

In spite of the non-score, the approach and objectives remain unchanged, and Kapadia said: “RLR MSport has always gone well at Circuit Paul Ricard and it’s also one of my personal favourites, so I think we’re all hopeful of a good result in the ELMS 4 Hours of Le Castellet.

“We had a bit of bad luck last time out in Austria but that won’t affect the way we tackle the remaining races and I actually believe our pace will be stronger than before, because Circuit Paul Ricard is a track we understand well and it rewards knowledge and experience.”

Mike Benham said: “Our approach to the ELMS 4 Hours of Le Castellet won’t be any different to Barcelona or the Red Bull Ring. We’ve discussed what happened in Austria at length and we will no doubt continue talking about it, but it was completely out of our control, and I don’t think more caution will help us avoid a repeat incident.

“I’ve been working with Alex (Kapadia) and Malthe (Jakobsen) to figure out the quickest way around Circuit Paul Ricard because I feel I have more to give, and I’ve definitely picked up a few things. Really, our minimum aspiration should be a podium finish.”

Malthe Jakobsen, who in 2020 achieved his maiden ELMS podium in Le Castellet, said: “This will be the first time since my European Le Mans Series debut that I’ll revisit a track and, considering how we performed at Circuit Paul Ricard last year, I’m feeling very positive.

“It’s one of my favourite tracks because it includes a few really fast corners like Signes where you have to believe in the car’s aerodynamics, and as I have experience of Le Castellet and know all the baselines, I’ll start the weekend on a much stronger footing. The fact is, we know we had the pace to finish well at the Red Bull Ring, so we will be up there in contention for another podium in Le Castellet if we simply focus on our own race.” 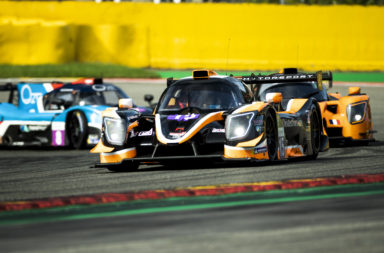 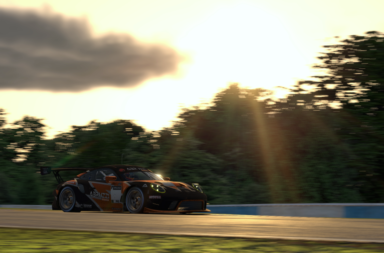