Jakobsen signed for RLR MSport’s LMP3 line-up in January following a speculative LMP3 test with the Lancastrian team on a cold winter’s day at Donington Park.

Off the back of a hugely successful karting career, the Sennels, Denmark-based teenager continued on an upward trajectory and ended 2019 as the outright Danish Formula 4 Champion, but his first taste of LMP3 machinery prompted a switch from single-seaters to Le Mans Prototypes.

Dayson, meanwhile, was a relative latecomer to professional motor racing – the Vancouver, Canada driver was in his thirties when he launched his motorsport career with a USF2000 campaign.

He raced the entry level open-wheelers on the ‘Road to Indy’ between 2012 and 2015 before entering the American sportscar scene, a season in Prototype Lites preceding campaigns in the IMSA United SportsCar Championship and Pirelli World Challenge, and then in 2017 the ELMS.

Completing RLR MSport’s ELMS trio is Silver-graded Harper-Ellam. The Brackley, UK racer has achieved a lot since his competitive debut in karts in 2005, although his career progression has at times been disrupted by restricted funding.

In spite of a three-year forced hiatus between 2015 and 2017, Harper-Ellam made an immediate impact upon being awarded the 2018 Radical Sportscars Scholarship, claiming 100 per cent of pole positions and winning eight of the 12 races he contested.

A part GT Cup campaign followed in 2019, but he was once again side-lined due to a lack of funding and instead returned to his long-held driver coaching roles as an ARDS instructor, and a senior trainer at Palmersport and BMW.

However, a concerted effort has enabled Harper-Ellam to not only return to competitive motorsport, but graduate to the European stage for what is currently a one-off outing with RLR MSport in the ELMS 4 Hours of Le Castellet.

A late addition to the ELMS Prologue in the South of France, Harper-Ellam takes the wheel of the #15 Ligier JS P320 LMP3 for the first time in the final part of testing this afternoon (Wednesday 15 July).

“To have an opportunity to race in the European Le Mans Series is very exciting and I’m so grateful to RLR MSport and my partners,” said Harper-Ellam. “It will be amazing to be back in a car and feel pre-race nerves and excitement, and I’m looking forward to blowing off the cobwebs, particularly after this period of lockdown.

“Getting to this point has been hard work, but I’m going into this weekend with an open mind and a focus on doing a good job for RLR MSport. My new teammates, Malthe (Jakobsen) and James (Dayson), have been doing so well in testing thus far, suggesting we will be capable of achieving a good result here in Le Castellet.”

RLR MSport Director of Motorsport Operations, Nick Reynolds, said: “We’re really pleased to be back after such a long off-season, and our drivers’ performances in the ELMS Official Test have been very impressive. Both Malthe (Jakobsen) and James (Dayson) have been rapid throughout, and I’m delighted to welcome Ryan (Harper-Ellam) to the fold, as he should be an asset. As things stand this will be a one-off outing for Ryan, but we sincerely hope he’s able to find the support to remain with us for the duration of the 2020 season.” 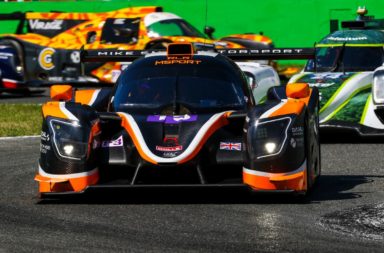 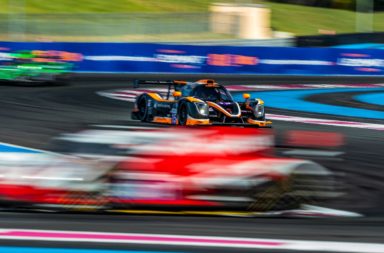