Starting with the European Le Mans Series (ELMS) 4 Hours of Le Castellet (17-19 July), Abruzzi will be the Official Apparel and eSports Partner of RLR MSport for the duration of the 2020 season.

Abruzzi began by supplying Youtuber and social media influencer Jimmy Broadbent with branded apparel for his high-profile sim racing exploits, but quickly expanded into karting with the intention of raising awareness among professional teams and drivers further up the motorsport ladder.

The ultimate aim is to become one of the most recognisable teamwear brands across virtual and real-world motorsport, and the RLR MSport partnership underscores the company’s desire to elevate and expand on its strong foundations in sim racing.

For Abruzzi, the priority is to design and market high-quality, fully customisable apparel that’s practical and hard-wearing enough to stand the rigours of life in a live pit lane while creating a look that’s clean, professional and completely unique to each team or driver.

Under the partnership, Abruzzi will be recognised as RLR MSport’s Official Apparel Partner, and the Abruzzi logo will be featured on the team’s 2020 Ligier JSP320 LMP3 race cars, inside its pit garages and on other trackside assets.

However, in addition to supplying high-performance teamwear, Abruzzi will also lead RLR MSport’s first foray into the rapidly expanding realm of sim racing.

The brand new RLR eSport Abruzzi team is an elite squad of seven professional sim racers, including well-known personalities Seb Hawkins and Dennis Johansen, who are proficient in the full spectrum of virtual racing platforms, from iRacing to rFactor 2.

At the centre of RLR MSport’s new multi-event eSports programme is the Abruzzi Simracersworld Leagues, but it will also include entries in the 24H Series eSports Championship, Virtual Endurance Championship (VEC) and SRO eSports GT Series.

Abruzzi Founder, Ben Llewellyn, said: “From the first time I attended a motor race, I was completely fascinated by the world of motorsport. It’s the perfect expression of Abruzzi’s brand values – innovation, success, precision – and to be entering the real-world arena with former European Le Mans Series LMP3 Teams’ Champion RLR MSport is an incredible opportunity for us to showcase our high-quality designs to teams, drivers and fans. I recognise the passion, spirit and drive that the entire team shows at every race, and these shared qualities are why I’m excited about the partnership.”

RLR MSport Director of Motorsport Operations, Nick Reynolds, said: “We are delighted to welcome Abruzzi Racewear to RLR MSport and to real-world motor racing. It is always exciting to embark on a new partnership, particularly when it touches such a key area of our team’s image; I am positive that it will energise our brand and bring a new spin to how we are perceived. We are also excited to see how well Abruzzi will represent RLR MSport in the rapidly expanding eSports arena, as we’ve been very impressed with the diversity of its sim racing programme and the talent within its ranks.” 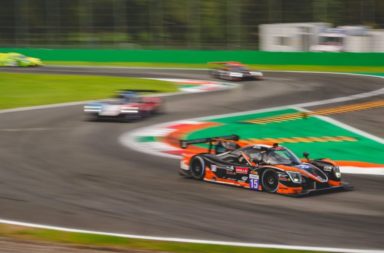 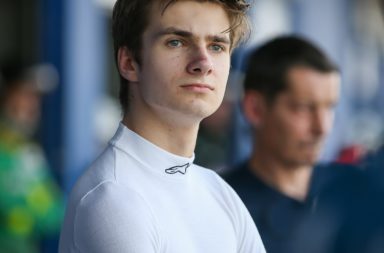