Jakobsen and Dayson reached the podium in the opening round of the delayed 2020 European Le Mans Series (ELMS) in Le Castellet and have maintained a strong presence at the head of the LMP3 field with teammate Robert Megennis.

However, Jakobsen and Dayson are set for a one-off appearance in the Le Mans Cup.

The series’ blue riband ‘Road to Le Mans’ races are held in support of the 24 Hours of Le Mans and present a rare and sought-after opportunity to experience Circuit de la Sarthe’s full 13.6km lap, which is part purpose-built racetrack, part public highway.

As competing in the 24 Hours of Le Mans is the ultimate aim for both Jakobsen and Dayson, racing on the front during the build-up to the French endurance classic is a mouth-watering prospect.

“I’m really looking forward to racing in the Michelin Le Mans Cup ‘Road to Le Mans’,” said Jakobsen. “I think most, if not all racing drivers want to compete in the 24 Hours of Le Mans at some point in their careers. I never expected to race at Circuit de la Sarthe this early in my career, because I’m only 16 and it’s my first year in endurance sportscar racing.

“It’s very difficult to test on the full Le Mans circuit because the lap encompasses public roads, so the knowledge and experience I will gain in the ‘Road to Le Mans’ will be invaluable. I’ve heard it’s a hard circuit to get right because you have high track evolution and you get very few clean laps without traffic, yellow flags and Safety Cars. As a result, it’s hard to set any goals. I’m just very excited about the experience, as racing in and winning the 24 Hours of Le Mans is my ultimate goal.”

Dayson said: “I’ve raced at Circuit de la Sarthe before in the Michelin Le Mans Cup and I’m excited to be going with a strong teammate in Malthe (Jakobsen). It’s going to be interesting to see what we can do because Le Mans is a very challenging track with a lot of nuances. The ‘Road to Le Mans’ races will definitely help Malthe and I stay fresh during the long interval between Le Castellet and Monza. There are some pretty strong Bronze drivers in the Le Mans Cup, but I’m far more comfortable with the Le Mans track, I’m much improved as a driver and I’m really looking forward to seeing what we can do.” 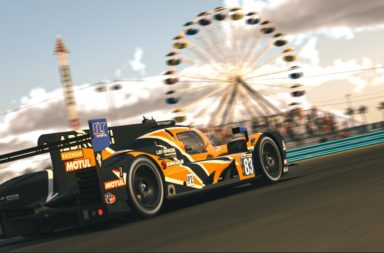 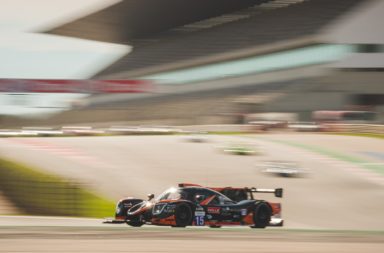