RLR MSport recovered lost ground and threatened to break into the top ten during the night in the 2019 edition of the 24 Hours of Le Mans at Circuit de la Sarthe (15-16 June).

The 87th 24 Hours of Le Mans started with a clean getaway that enabled RLR MSport to maintain 14th position, but a fuel rig problem would cause significant delays in each of the Lancashire team’s pit stops and therefore halt its forward momentum.

India’s Arjun Maini rose to 11th in LMP2 during his first race run, but RLR MSport lost heaps of time when the #43 ORECA nudged into the tyre barriers at Tertre Rouge on Saturday.

The car sustained light front-end damage that was cured with a simple nose-change, but RLR MSport languished down in 15th and 16th positions thereafter with a significant deficit to their nearest targets for the remainder of the evening.

However, after the stroke of midnight, RLR MSport began to make headway. Once again, the British team climbed as high as 11th thanks to the combined efforts of Maini, Norman Nato and John Farano, each completing uneventful stints during the hours of darkness to hold 14th as the sun rose over France’s Loire Valley on Sunday (16 June) morning.

Lancashire racing team on the frontline of COVID-19 response 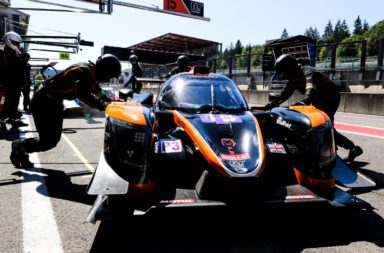 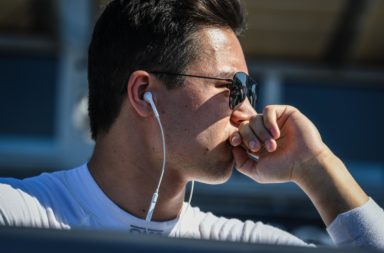