RLR Msport in partnership with Mike Smith Motorsport had high hopes of a decent result at Imola this year after winning this race last year. After a difficult qualifying session last years winner Morten Dons only managed p18 mainly due to traffic. Co driver Ossy Yusuf had never driven the circuit before so the challenge was on.

Morten drove a super first stint moving up to P8 at the 2 hour mark and handing over to Ossy who was quickly in the groove and pushed on to reach P6. With less than an hour to go the rain came and quickly became torrential. Ossy managed to keep it on the island whilst cars were spinning off around him until Full Course Yellows were put in action and then the safety car came out until the end of the race.

The next round of the European Le Mans Series is at the Red Bull Ring, Austria, July 17th. 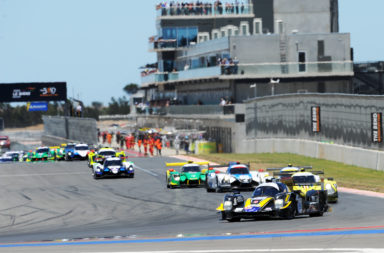