A good race weekend for Team RLR at Ricard when all things considered.

The 2 hour Le Mans Cup race was on Saturday and Ross qualified the car in 12th place. Alex took the first stint and made his way through the field to 2nd place even after being knocked off at the first corner and having to rejoin the race. Ross took over for the final stint and brought the car home a credible 10th place putting us in 7th overall in the Championship.

The 4 hour ELMS race started at 12.00 on Sunday, once again with Alex at the wheel. He qualified the car in a superb 2nd place, a fraction of a second from pole position but was in the lead on the first lap. Alex pulled out a lead of more than 20 seconds during his stint and handed over to our Bronze driver Jon for his first stint. Unfortunately, John was pushed off the track and lost some time dropping to 10th place as he handed over to Morten who had a great stint moving up to 4th place but still with a final pitstop to make. John was back in the car for a final 36 minutes (there is a minimum track time for Bronze drivers) and brought the car home in a solid 7th place.

The next race is at Spa, Belgium on the 24th September, see you there ? 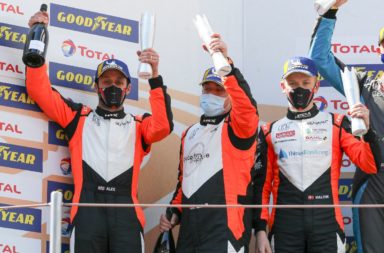 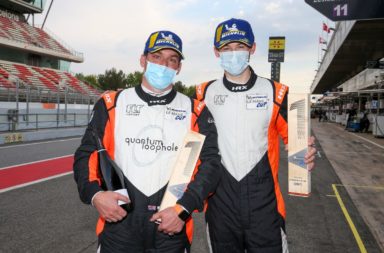