RLR MSport has tightened its grip on the European Le Mans Series LMP3 crown after beating its title rivals to a podium finish in the dramatic, rain-lashed 4 Hours of Spa-Francorchamps (21-23 September), which was curtailed due to adverse weather.

RLR MSport started its Spa weekend on a strong footing, having gone second fastest during a day of testing in warm and dry conditions on Wednesday (19 September).

However, it looked as though all knowledge and data gathered in the mid-week sunshine would be redundant, with rain featuring prominently in the weekend forecasts.

Nevertheless, the Watches of Lancashire-backed team frequently featured at the top of the free practice times and went quickest of all in FP2 on Saturday, van Uitert recording a 2m14.423s to head the red-flag and rain-affected session, before qualifying fifth in a tightly-bunched LMP3 pack later that same day.

Gloomy forecasts prompted ELMS organiser, the Automobile Club de l’Ouest (ACO), to change Sunday’s schedule and bring the start of the 4 Hours of Spa forward by 75 minutes, in an attempt to avoid the worst of the inclement weather.

Persistent precipitation necessitated a Safety Car start, but the ELMS field was released into a blinding plume of spray after four laps and Van Uitert was lightning quick off the mark.

The determined Dutchman put on a masterclass on the sopping Spa circuit, passing three cars and locking horns with the #11 Eurointernational Ligier JSP3 of Mattia Drudi – one of RLR MSport’s chief title rivals – on only the first racing lap.

In a textbook passing manoeuvre, van Uitert ran side-by-side with Drudi through the Bus Stop chicane and on to the La Source hairpin, before switching underneath the Italian on the downhill charge towards Eau Rouge.

Once in clean air, van Uitert was able to stretch his legs and build a healthy five-second lead, only for the Safety Car to negate his hard-earned advantage.

The fight for the LMP3 win then intensified, as RLR MSport had Cool Racing, Eurointernational and United Autosports for company on the approach to the first fuel and tyre stop, which was executed flawlessly, ensuring van Uitert re-entered the race in a solid second position.

A short while later, officials redeployed the Safety Car, before succumbing to the ever-deteriorating conditions and drivers’ protests that Spa was becoming “undriveable” by red-flagging the race just after the two-hour mark.

Half points were awarded and RLR MSport subsequently has a 14-point cushion between itself and 360 Racing in the Teams’ and Drivers’ championship, with only the season-ending 4 Hours of Portimao remaining (26-28 October).

“It was super wet, and conditions were only getting worse, with aquaplaning becoming more of an issue in high-speed corners like Blanchimont and Eau Rouge, where I had a few big moments,” said van Uitert. “It was undriveable and I’m delighted that we came through it in second place to extend our championship lead. I’m feeling confident about our chances, although it doesn’t take the pressure off because I’m always wanting to perform at my best for the team.”

Farano added: “I’m thrilled with the result, especially under the circumstances, in such extreme weather. I didn’t get a chance to race, but how can I not be happy with a result that increases our points advantage at the top of LMP3 standings. It doesn’t relieve any pressure because we still have to score enough points compared to our rivals in Portimao, but we’re certainly in a strong position.”

Garofall concluded: “Coming to Spa, all we wanted to do was keep the 12-point lead we had in the championship, but we’ve actually managed to extend that slightly. We go to Portimao knowing exactly what we have to do to win the LMP3 title, but we have to treat it like any other race to ensure we get the job done properly.”

In the Michelin Le Mans Cup, Farano and van Uitert finished as the lead RLR MSport pairing in ninth position, although Saturday’s two-hour race featured an outstanding performance from Alex Kapadia, who drove from 19th to second in the first 60 minutes, to help him and Am teammate Ross Warburton to 13th in the final result.

“I’m really pleased with my performance,” said Kapadia. “I got a bit screwed by some GT3s at the start, but I was then able to pick cars off one-by-one and build a big gap for Ross (Warburton). I always expected to reach the front in my stint, but there was a 20-second gap to Antonin Borga by the time I got into second, then we lost time in the pit stops. We also had a low-downforce setup on the car and that wasn’t ideal for the wet, as there was a lot of oversteer. Conditions were tricky and it was all about survival in the end, so we’re just pleased to have reached the finish!”

The 2018 European Le Mans Series and Michelin Le Mans Cup conclude at Autodromo do Algarve in Portugal on 26-28 October. 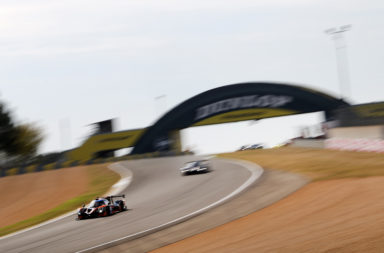 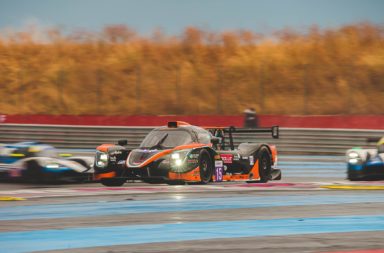